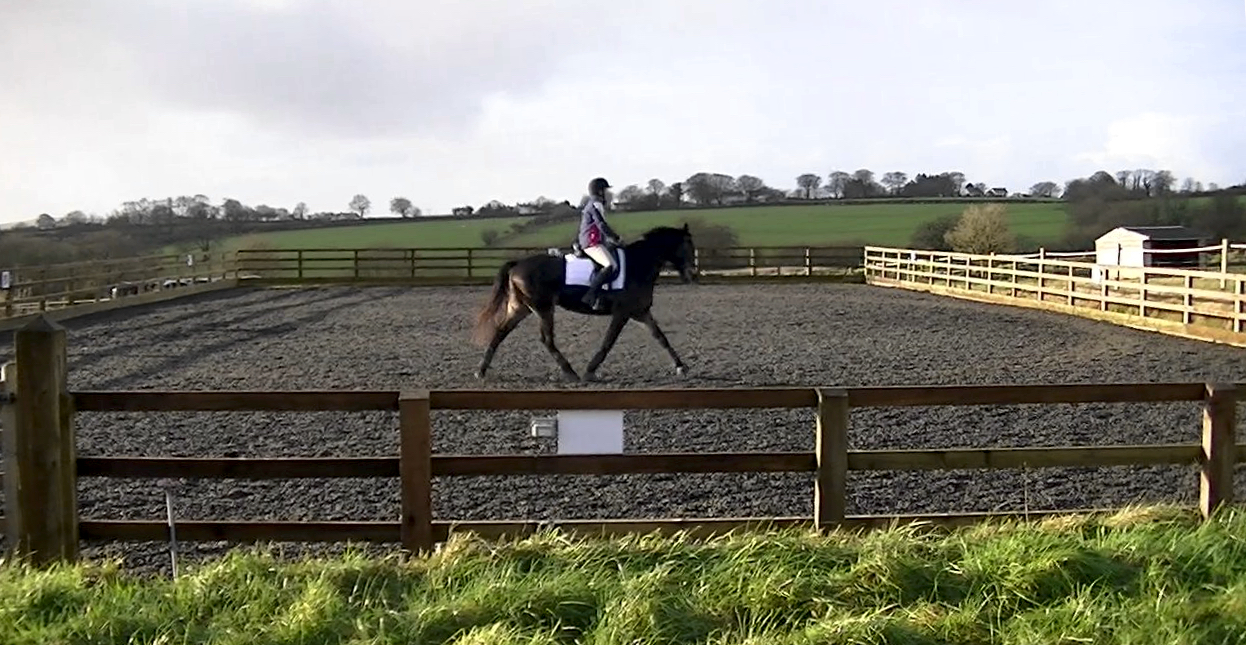 This week we talk to Dressage Anywhere regular, Gemma Avery about her 2016 goals.

Gemma bought Mountaintownie Wild Fire two years ago as a four year old. He was really quite weak both mentally and physically to begin with, as you would expect from a youngster. Gemma spent a lot of time getting to know him, hacking and keeping schooling basic for the first two summers and winters.

In 2015 Gemma met her trainer at which point they started picking things up a bit and slowly building up his strength. 'We have had quite a few highs and lows - quite literally, there have been times he has turned into a bucking bronco and we have parted company, leaving me seeing stars on one occasion and various bruises on others.'

Gemma's aim for 2016 is to keep working hard on building core strength and improving their scores into the 70% area: 'we are also hoping to go to our first live competition in the spring - we have only competed with Dressage Anywhere so far.'

Gemma and Mountraintownie Wild Fire are very much just starting out, so it's been a really pleasing first season to finish 3rd in a Championship at Prelim level. Gemma says, 'my tips for other riders would be to find yourself a friendly, knowledgable trainer and enter tests on Dressage Anywhere, the judges will give you advice to help you improve. Most importantly, have fun!'